Avoid revisiting the same locations and go wanderlust on your Uzbekistan Tours with Euroasia Travels this year. We take you to the most amazing and beautiful Samarkand Sights which you have only imagined. Refresh your mind with these unique experiences you can thank us later!

Travel To Uzbekistan for exploring the cities can give you a unique taste of culture, Samarkand History, with the well-designed work of outstanding architecture, especially in Samarkand City.  It has been the main trade center on the Silk Road route between China and Europe for more than 2000 years ago and attracts thousands of travelers every year on Uzbekistan Tourism.

The Magnificent Registan In Samarkand

As Samarkand city was the capital of the Empire of Tamerlane and Timurid dynasty in the 14th century, Tamerlane and his son Mirzo Ulugbek and other descendant converted the “Registan” into a city center of Samarkand.

An important Uzbekistan Tourist Attractions - “Registan” means “place of sand” was a public place or market before Mirzo Ulugbek. After madrassah made by Ulugbek, the madrassahs of Sher-dor and Tilla-Kori were built. During the Uzbekistan Tours, you will visit these madrassahs with the monastery of mystics known as, hanaka and tombs in the south of Register Square.

You can see the architectural design and arts on the ochre walls of three symbolic madrassahs framing the square with an empty place in the center during Uzbekistan Travel. Among the madrassahs, Tilla-Kori madrassah represents the finest architecture and design. We recommend you to include this place in your bucket-list for Uzbekistan Tours.

This mosque was built by Tamerlane dedicated to his favorite and most beautiful wife, Bibi-Khanym. As one of the most visited places by tourists, Bibi-Khanym is also the largest mosque in the Islamic world.

The tallest building of Samarkand City was built and designed by the architects from India and Persia. More than 95 elephants were used to transport the marble and other materials from India to Samarkand city to build this mosque.

To take the great scenic photos of this mosque, you need to visit during the dusk or dawn.

Built-in the 8th century, Hazrat-Hizr Mosque was burnt by Chinggis Khan in the 13th century. The mosque is located on the south of Afrasiab fort and situated on the opposite of Siab Bazaar and BibiKhanym.

In 1990, the mosque was rebuilt by a Bukharan rich person as the most beautiful mosque of Samarkand City.

The indoor canopy of the mosque stands on the columns and decorated by ornaments, which is known as avian.  Khanaka is a square with a mihrabi niche towards Mecca and two monks’ cells on the side. The minaret consists of a trunk with a spiral staircase and a crowning lantern with a ribbed dome.

Strolling Around The Avenue Of Mausoleums In Samarkand

To feel the spirit of culture and tradition of Samarkand Uzbekistan, you need to walk around the living king's place or “Shah-I-Zinda”, the sacred place of Samarkand.

Having the dusty slopes of ancient Afrosiab, the row of collection of tombs and mausoleums displays Uzbekistan archaeology, architecture, charming arts, and paintings.

This is the best tourist place where you can see the pilgrimage and best sites to take photography.

Built in the early 15th century, Gur-e-Amir Mausoleum is situated in the south-western part of Samarkand City. The mausoleum is the final resting place of Tamerlane before the completion of the mausoleum although he had built a mausoleum for himself in Shakhrisabz. The mausoleum work was completed by his grandson – Ulugbek.

The construction was started by Tamerlane to bury the remaining of his beloved dead grandson- Muhammad Sultan.

The courtyard was decorated with a single decorative wall with four minarets on its corners. A beautiful entrance portal can be seen from the north which was architecture by Muhammad ibn Mahmud Isfahani.

The mausoleum looks beautiful for its charming portal and azure dome. You can locate Tamerlane’s gravestone in the center of the tomb made by a single piece of jade, from Mongolia.

The marvel and onyx panel is covered with paintings, carvings, and inlaid with precious stones whereas the windows look well-designed with bar tracery grids.

Spiritual Side Of Shah-I-Zinda

Shah-I-Zinda means “Place Of  A Living King”, where the sacred place of Shah-I-Zinda is the row of tombs and mausoleums. The front of this place is towards Samarkand where its back is on the dusty slopes of ancient Afrosiab.

Inside the complex, you can enjoy the ancient artworks at the grave of Qusamibn-Abbas, a cousin of Islamic prophet Muhammud. The mausoleums look beautiful dressed by terracotta and turquoise.

The most interesting part you will feel is despite the heat of summer on the outside, the inside place of mausoleum remains cool and shady. You can watch the local pray for blessings, and pilgrimage rituals. During rituals, you can see imam reciting the prayer where men and women open their palm on the air to get the unseen positive energy to purify their inner energy.

Architecture Of The Colonial Quarter

Lastly conquered by Soviets in 1887, Samarkand was turned into a provincial capital. During the 19th and 20th centuries, Russian built an entirely new quarter on the west of old town, known as the Russian or Colonial Quarter.

The old but beautiful quarters represent most of the history of Samarkand city as well as Uzbekistan. You can see the wedding party in the park of quarters and this is the best place for photography.

Explore the Museum of Local Lore which was the house of a Jewish merchant. You can find local arts, craftsmanship, and carved and painted plasterwork. You can learn about the Jewish community from the old photos, books, and everyday objects in a small exhibit.

Other important places of the colonial quarter you will love to go are Eastern Orthodox and Catholic Church buildings including Orthodox St. Aleksey Church and St. John Baptist Church.

You can find the items made of wonderful textiles and adornments of the Silk Road. You can find unique Uzbek souvenirs like sumptuous suzani coverlet, and brilliant tasseled, beaded caps.

The Gissar Mountains In Samarkand

The western part of Pamir Alay Range of Gissar Mountains well famous with the dotted granite, sandstone, and crystalline rock formation and can be reached by one hour in a car.

It is the best place for hiking and to spot Tien Shan brown bear, snow leopard, Turkestan lynx, and golden eagle.

You can meet the rural peoples of villages and see their homes built by the rocks.

Bask In the Glow of Samarkand’s “Blue Hours”

To watch the glow of Samarkand’s historic places, you need to wait for “blue hours” or time before dawn and after dusk. In this time, the sky has a mixed purple-blue color, which can give you a unique experience.

There are other places where you should go in the blue hours are The Registan square, the Gur-e-Amir mausoleum, and BibiKhanym Mosque.

Craftsmanship in the paper has been started from 1000 years ago in Samarkand which makes it special in Central Asia.

As per the record, the local people learn the process of Paper-making from Chinese. Using the raw material and substituting hardy mulberry bark for bamboo fiber to make the paper. After that, they polish every paper for smooth writing.

The papercraft was also favored for the best quality, by the Babur, one descendant of Tamerlane. To know more about the paper craftsman you need to visit AbdurakhimMukhtarov workshop on the support of UNESCO, located in the Koni Gil outside of the Samarkand city.

Travel To Uzbekistan can be a unique lifelong memory as you are going to taste the mixed culture of Soviet and Uzbekistan. Traverse through the most comfortable Samarkand Transportation to many monuments like Mosques, Palaces, Mausoleums, and Samarkand Museums, Uzbekistan represents the most attractive and unique architecture on its monuments.

We recommend you to carry your Uzbekistan Visa, and choose Euroasia Travels to manage your Uzbekistan Travel Cost. Our affordable and high-quality services that are part of the Uzbekistan Tour Packages will never disappoint you. 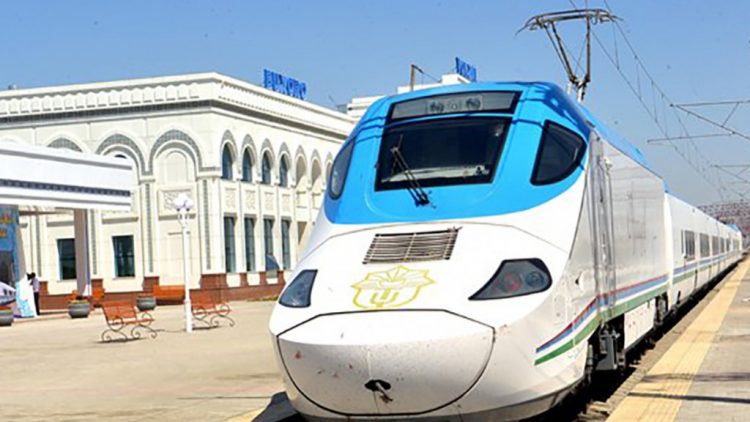 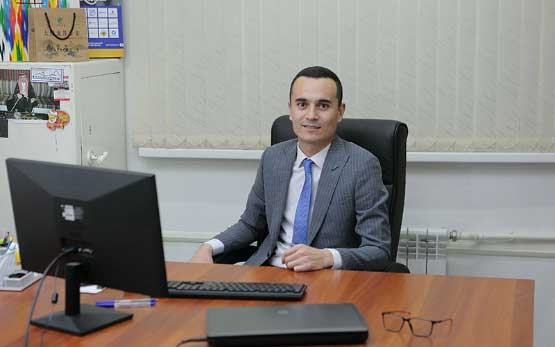 Euroasia Travels is one of the incoming travel company in Uzbekistan which is working more than 10 years in travel market. 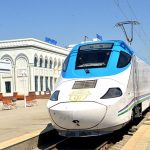 Why Travelling By Train Is A Better Opti… 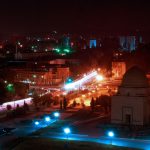 Enjoy Most Electrifying Night Spots In U…

Bored with your daily life and wishing an exciting… 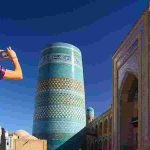 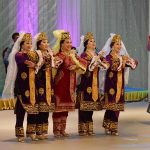