With only 30,000 citizens Koneurgench or Konye-Urgench reside in northern Turkmenistan. The city showcases the ruined part of Khwarazm, a part of the Achaemenid Empire. In 2005 the ruins got its reorganization from UNESCO and registered as a World Heritage site.

The city is located in the south of the Amu-Dariya River. It is situated at one of the very important points of medieval roads of the Silk Route. The offer many attractions to discover including; Mosques, the gates of a caravanserai, fortresses, mausoleums and a minaret.

The exact time of origin of the city is unknown however, Archaeologists believe the town existed during the 5th and 4th centuries BC. As per few earlier records, the city was captured by the Arabs in 712. The city rose into its height between the 10th and 14th centuries. In 1983 according to a writer, the city was the 2nd capital of the country. The city got destroyed by Genghis Khan in 1221. The city was described as the largest, greatest, most beautiful and most important city of the Turks by Ibn Battuta.

Kutlug-Timur Minaret- the most striking structure that was built during the 11th and 12th centuries. The Minaret has 60 meters in height, 12 meters at its base, and 2 at the top.

Turabek-Khanum Mausoleum- the construction was named after Turabek-Khanum who was the wife of Kutlug-Timur. Explore highly sophisticated work of architecture with great visual and spiritual effects.

Tekesh Mausoleum- it is the Tomb of Sultan Ala al-din Tekesh. He was the founder of Khwarezm Empire also he ruled between 1172-1200.

Kyrkmolla- a 12-meter high mound that was used to constitute fortress.

Ibn Khajib Complex- Located at the western part of Urgench is dedicated to Ibn Khajib and consists of a complex of monuments.

Maps And Photos Of Koneurgench 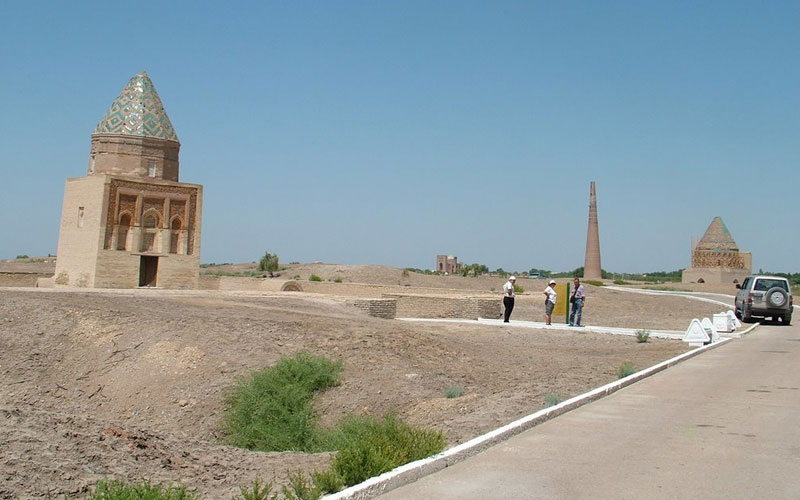 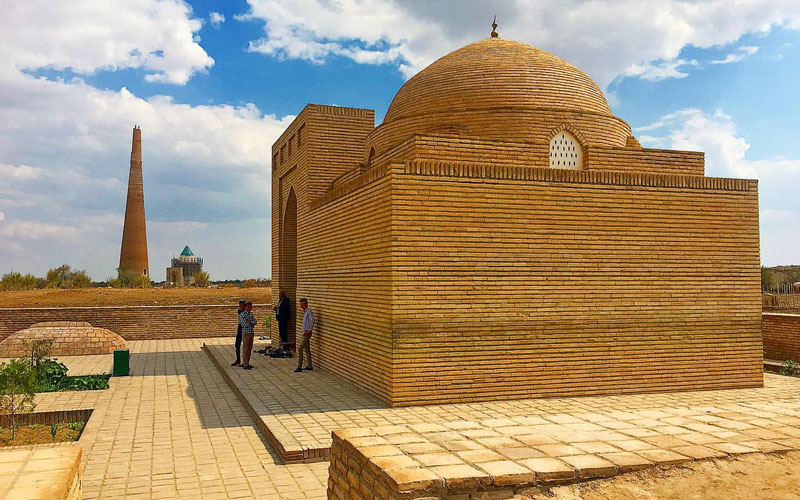 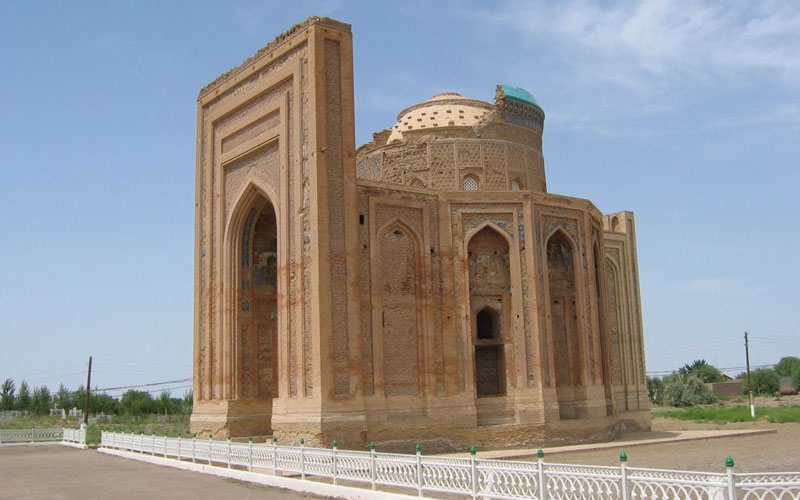 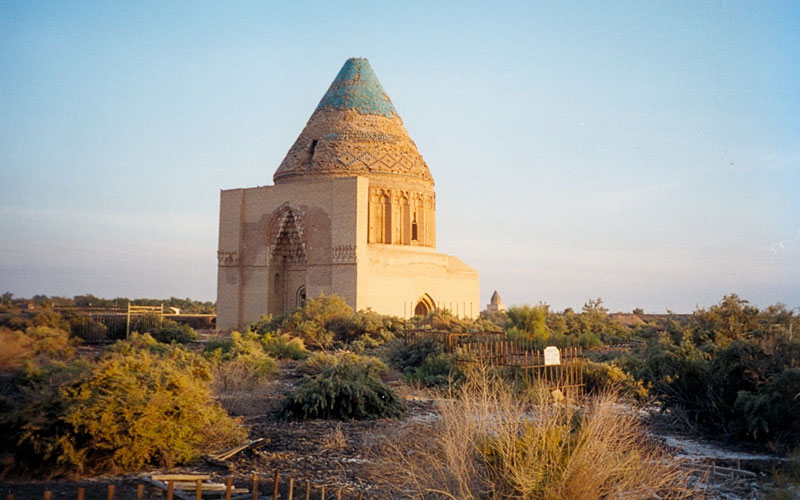